Disney balloons are absolutely iconic. Personally, I know I can’t picture Main Street USA in my mind without seeing a big bouquet of Mickey shaped balloons floating in front of the castle. Kids and adults alike have a deep love for these Disney balloons. Kids beg their parents for them all day long, and adults ask the balloon handlers for that classic Instagram shot holding all of the balloons. If you’re anything like me, before you actually purchase that Mickey balloon, you need to know the logistics. How long do Disney balloons last, and how much do they cost in 2021, and what do I do with it when I’m done?! This post will answer all of the questions, and more.

Typically, Disney balloons last for at least two weeks or more. If you plan to travel home with the balloon, you can carefully deflate it yourself. Or have it deflated for you at no cost at the Disney store in the Orlando International Airport.

You would think that buying a balloon at Disney would be a simple purchase. Though in reality, there are several things to know about buying a Disney balloon in order to actually make it a simple purchase. Balloons are only sold at certain parks, and only in certain areas. And not all balloon vendors carry the same balloons. Keep reading for all of the details, and everything you need to know about Disney balloons.

There are several types of balloons that are sold at Disney parks. Of course, there are the iconic “bubble Mickey head” balloons which are like a balloon within a balloon. These “inception” balloons are also sometimes called “glasshouse balloons.” But besides the classic Mickey balloon, there are also more standard type balloons as well, as you can see in the picture below.

These standard balloons are typically just one balloon layer, often with a cool printed design or a cool character inspired shape. And there are also special light-up balloons that glow in the dark that come in many varieties!

Regardless of the type of balloon you buy while at Disney, they generally last for about two weeks (or more!). I know this is true of the bubble Mickey head balloons. In fact, I have seen MANY reports of Mickey balloons lasting more than four weeks! So as long as you ensure that your balloon does not get popped, it is practically guaranteed to last for the full duration of your trip.

If your balloon does get popped while you’re still in the park, or if there is a defect of some kind (like a deflated ear on a Mickey head balloon), Disney will replace it, no questions asked! This is similar to their policy of replacing dropped ice cream cones or spilled popcorn.

If you need your balloon replaced, bring it back to any balloon vendor and they will swap it out for you! If you can’t find a balloon vendor, or they’ve left for the night, visit City Hall instead. SImply explain the situation to the Cast Members there and they will give you a voucher for a replacement balloon that can be redeemed at a later time.

How Much Disney Balloons Cost in 2021

Balloons at Disney are priced based on type. From my research and experience, there is also a price difference between Disney parks on the East coast versus the West coast (don’t ask me to explain why though…). Here is the Disney Balloon 2021 cost breakdown:

Believe it or not, only certain theme parks at Walt Disney World sell balloons. At the parks themselves, balloons are only sold at Magic Kingdom, and Hollywood Studios. Animal Kingdom does not sell balloons for fear of them harming the animals in some way if accidentally released. (This is also why balloons are prohibited from being brought into Animal Kingdom Lodge as well – bell services must hold them). And EPCOT also does not sell balloons, though I do not know the exact reason there.

On the west coast, balloons are sold at both theme parks in California: Disneyland, and Disney’s California Adventure.

Balloons are sold at all Disney theme parks in the US and abroad. Balloon vendors roam around the parks and are not usually in the same exact spot for long. Although, there are certain areas of the park that they are more likely to be found than others. You can typically find balloon vendors in the following locations:

Outside of the Parks

How To Get Disney Balloons Home After Your Trip

Disney balloons are a quintessential part of any Disney vacation for several families and park goers. And because they last so long, if you bought one while on your trip, you will most likely need to figure out what to do with it when it comes time to go home. Of course you could always give away your balloon to someone else before leaving. But there is also a way to get it home, and you can even re-inflate it as well!

The balloons that Disney sells are not actually tied at the bottom. They are closed instead with zip ties, or other similar contraptions. As such, it is relatively easy to deflate them without harming them in any way. With either nail clippers, or a needle, carefully cut through the zip tie at the bottom in order to deflate the balloon.

But rather than risk the balloon popping, take the easy route instead! I recommend saving the frustration of any mishaps and having the balloon deflated for you! If you’re flying home, the Disney store in the Orlando International Airport (MCO) will deflate balloons for you at no charge. Then you can simply pack the balloon up in your carry-on. And once you get home you can then have the balloon re-inflated by taking it to any party store or professional balloon artist!

Allison is a Disney travel agent and down right obsessed Disney fan. Allison has been helping clients and strangers on the internet plan amazing Disney vacations for over five years. She has sailed on Disney Cruise Line, is a current Disneyland Annual Passholder, though she still considers Walt Disney World her "home park" and visits there often. Allison loves to talk all things Disney and help others plan trips of their own!

4 thoughts on “Answering How Long Disney Balloons Last, Cost, and Where They’re Sold”

link to Nostalgic Disney Theme Park Shows on Discovery Plus

As a young (obsessed) Disney fan, I loved watching Samantha Brown’s Walt Disney World TV Specials on the Travel Channel, or other similar Discovery Network series that gave behind the scenes looks...

When the pandemic first hit in March of 2020 and Disney parks closed “for two weeks” Disney fans we’re making copycat recipes of their favorite theme park treats left and right to try to keep...

I'm Allison Strunk, and I am a Disney travel agent and a certified obsessed Disney fan! I have sailed with Disney Cruise Line, and I am a Disneyland Annual Passholder. Though I still consider Walt Disney World my "home park" and visit very often. I have been helping clients, friends, and family plan their perfect Disney trip for years, and now I want to help you. Magic Mouse Press is where I answer your nitty gritty questions about all things Disney, and share my passion for the Disney parks and resorts! 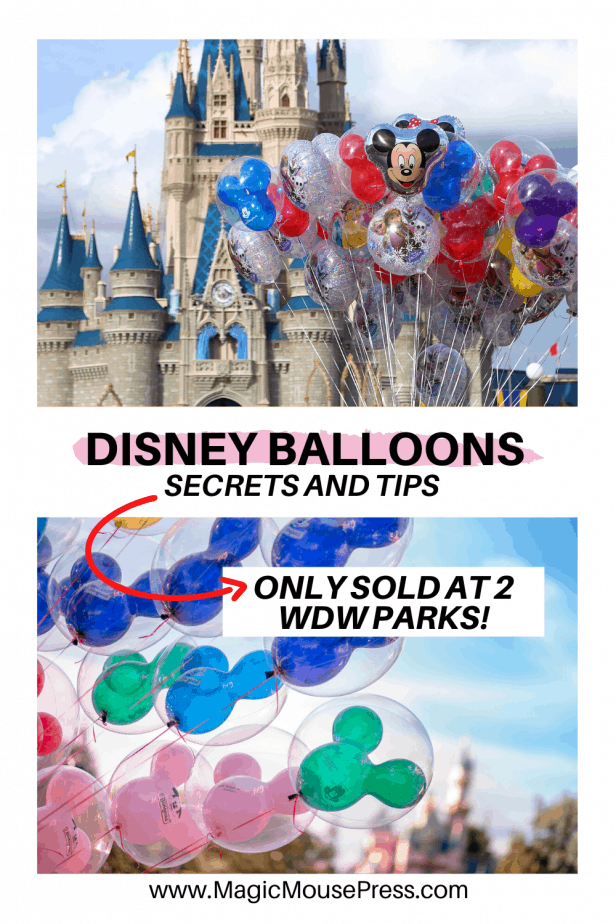